Digitally Transforming the Power Grid "A Benchmark of Innovation"

The year 2019 saw the launch of "Digital CSG," a comprehensive digital transformation strategy and action plan. As part of this plan, the Power Generation Company has embarked on the reconstruction of traditional services and business models to promote digital transformation. More specifically, it aimed to deploy the peak and frequency regulation cloud nodes of CSG before the end of 2020, which would lay the foundation for cloud Data Center (DC), Artificial Intelligence (AI), and all-domain Internet of Things (IoT) service platforms. Before even contemplating the development of digital services, constructing DC infrastructure is essential, of course. CSG's cloud project therefore became a priority for the enterprise. Although a base at Panyu — an urban district of the city of Guangzhou in southern China's Guangdong province — was already under construction, the project team decided that Qingyuan Power Plant further to the north in the same province, would be the better location to construct its sub-node DC. The area had plenty of land and more than enough power and optical fiber resources. However, that didn't mean the area was completely without complications.

For instance, the power plant didn't have any spare computer rooms available, meaning that DC construction would have to be implemented from scratch, potentially lengthening the project. In addition, staff at the power plant were far from being Information and Communications Technology (ICT) experts, so operations needed to be fully automated, doing away with the need for onsite personnel. Finally, since the power plant was located in an area of natural beauty, construction needed to be as environmentally respectful and responsible as possible.

Working with Huawei to Build a Prefabricated Modular DC

In the prefabricated modular DC market, Huawei has significant real-world project experience — indeed, it enjoys the highest global market share. Since Huawei modular DCs are prefabricated and commissioned in the factory, they can be built from scratch in a short timeframe. The project team decided to deploy a prefabricated modular cloud node DC in the power plant, requiring only a simple hoisting system to install it onsite. Core subsystems in the DC, such as power supply, distribution, and temperature control systems, were also all developed by Huawei, ensuring that all equipment was seamlessly compatible and built to the same high-quality standard.

Throughout August and September 2020, the prefabricated modular DC was installed, brought online, and put into operation in just 32 days. 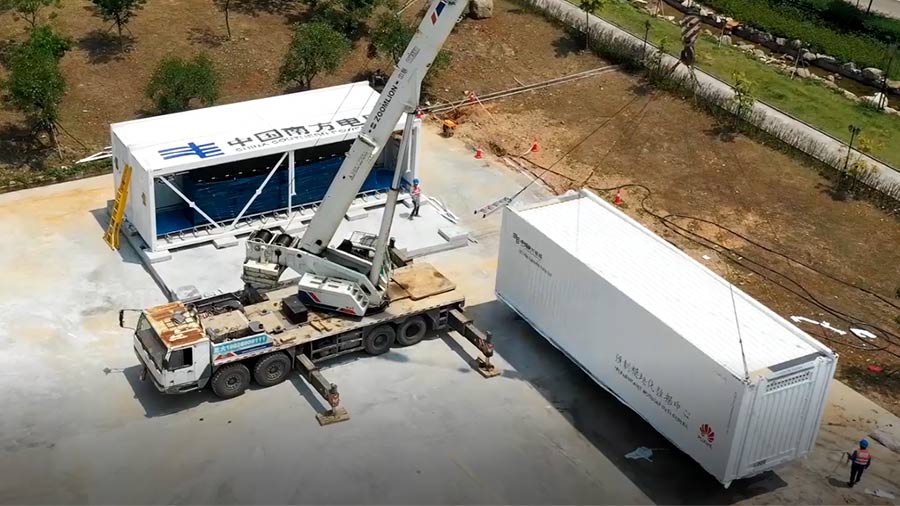 Although the project team knew that prefabricated modular construction was relatively fast, such rapid completion — in little over a month — was a welcome surprise. In addition, construction waste was slashed by 80% compared to more traditional methods, minimizing pollution and damage to the natural environment surrounding the power plant. Indeed, the success of the project suggests that prefabricated modularization can not only be replicated for DCs in the future, it might also be applied to the construction entire power storage plants.

While the use of Huawei's SmartLi lithium-ion battery offers security and reliability, it also significantly reduces the physical footprint, compared to traditional lead-acid batteries. Indeed, SmartLi halves the number of power containers required, reducing the initial investment required as a result. Given all these advantages, CSG Generation Company is now confident about using the batteries in future projects. 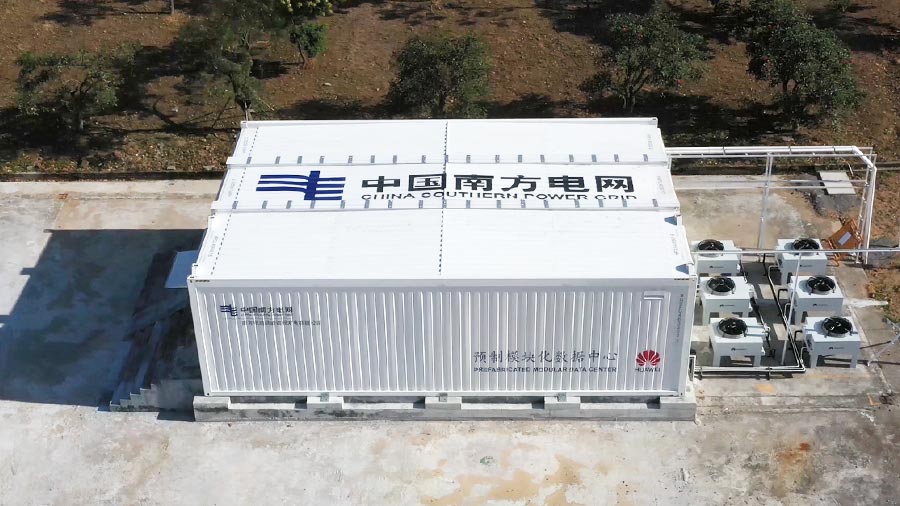 A New Trend for the Digital Transformation of Power Grids

Yu Guoji, Vice-President of CSG Power Generation Company's Information Communications Branch, said: "The project at Qingyuan is not only the first large-scale prefabricated modular DC deployed by CSG, but the first in the entire electric power industry. It's a benchmark of innovation for the industry. The success of the project proves that distributed cloud nodes can be deployed in power grids, integrating and reusing the advantages of their resources. Prefabricated modular construction concepts can be used to achieve fast, replicable, and intelligent deployment. Inevitably, this will become a new trend in the digital transformation of power grids." 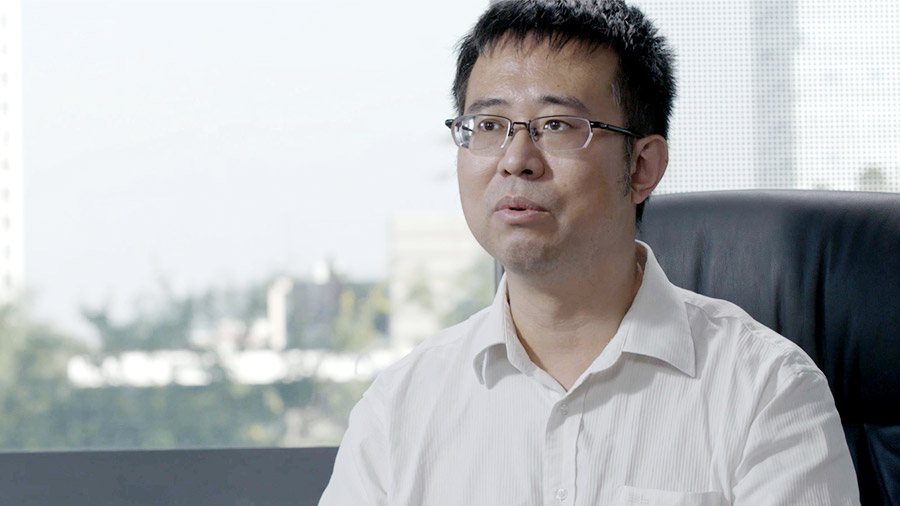 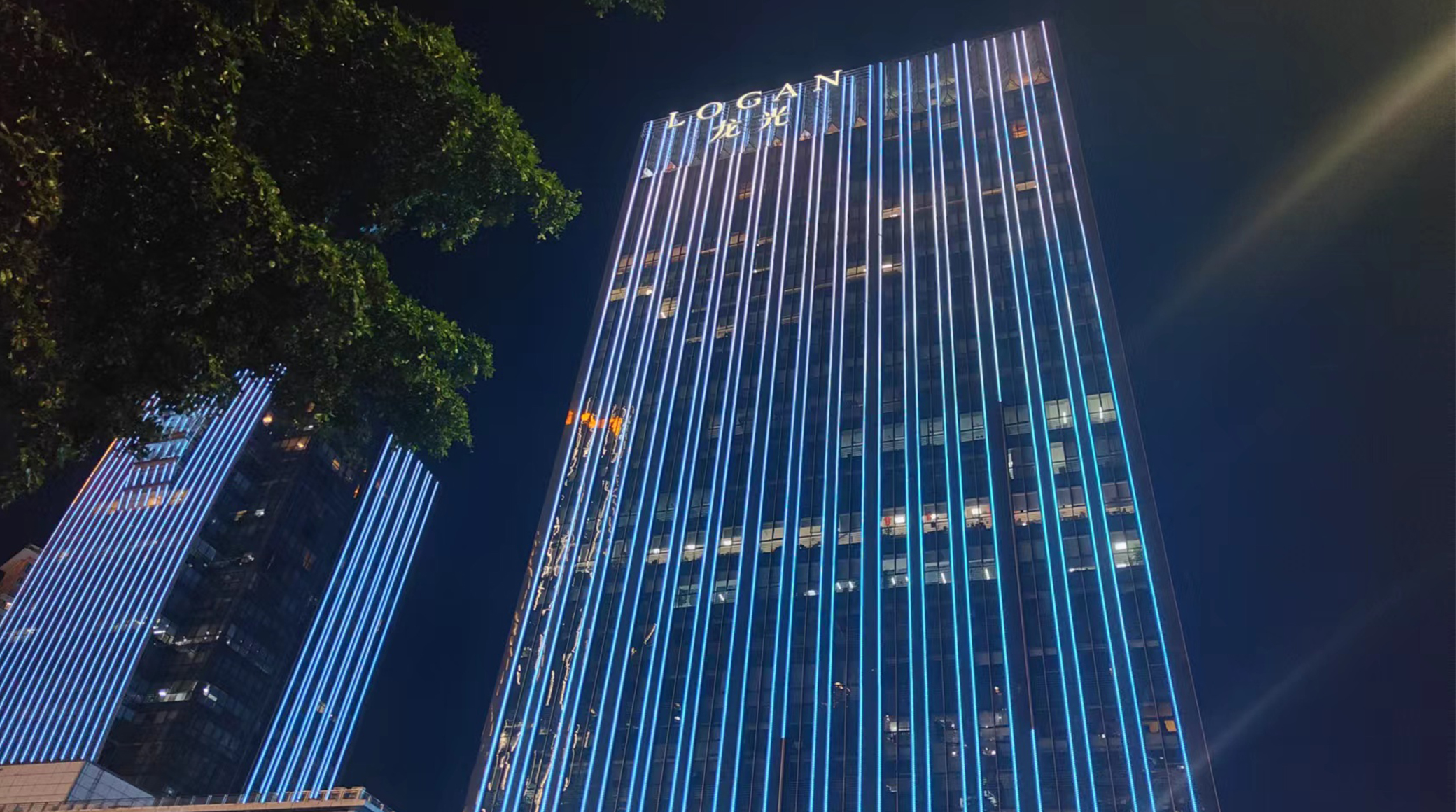 Logan can save 760,000 kWh of electricity a year, which is equivalent to a reduction of 361 tons of carbon emissions with Huawei FusionModule2000 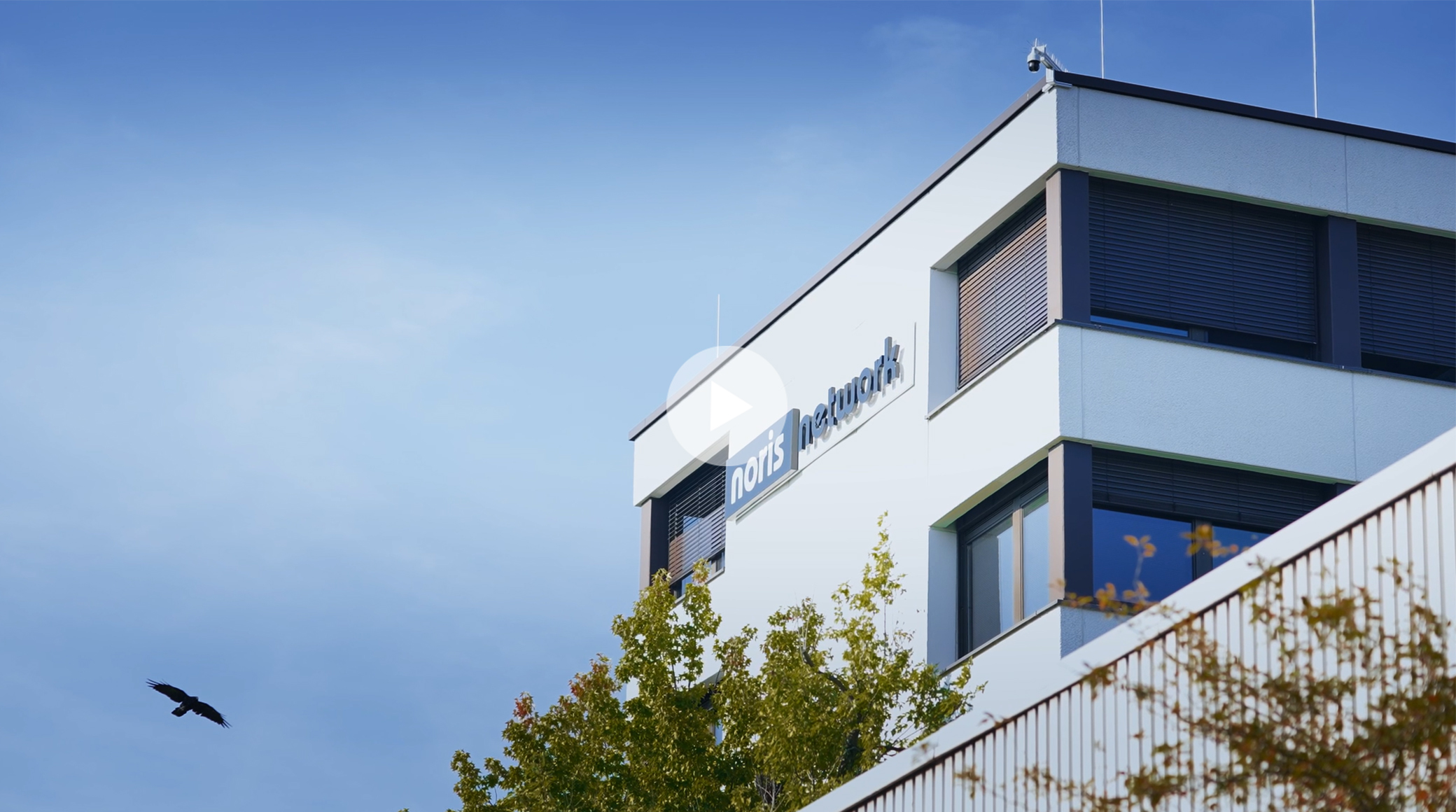 Lithium-ion technology: The future of the data center

Pursuing green data center in harmony with the nature at Chengdu

The modules can be quickly stacked onsite, cutting the construction period in half and reducing construction waste by 80%. Projections show that the center will save 40 million kWh of electricity in 10 years, which is equivalent to reducing carbon emissions by 19,000 tons or planting 26,000 trees.